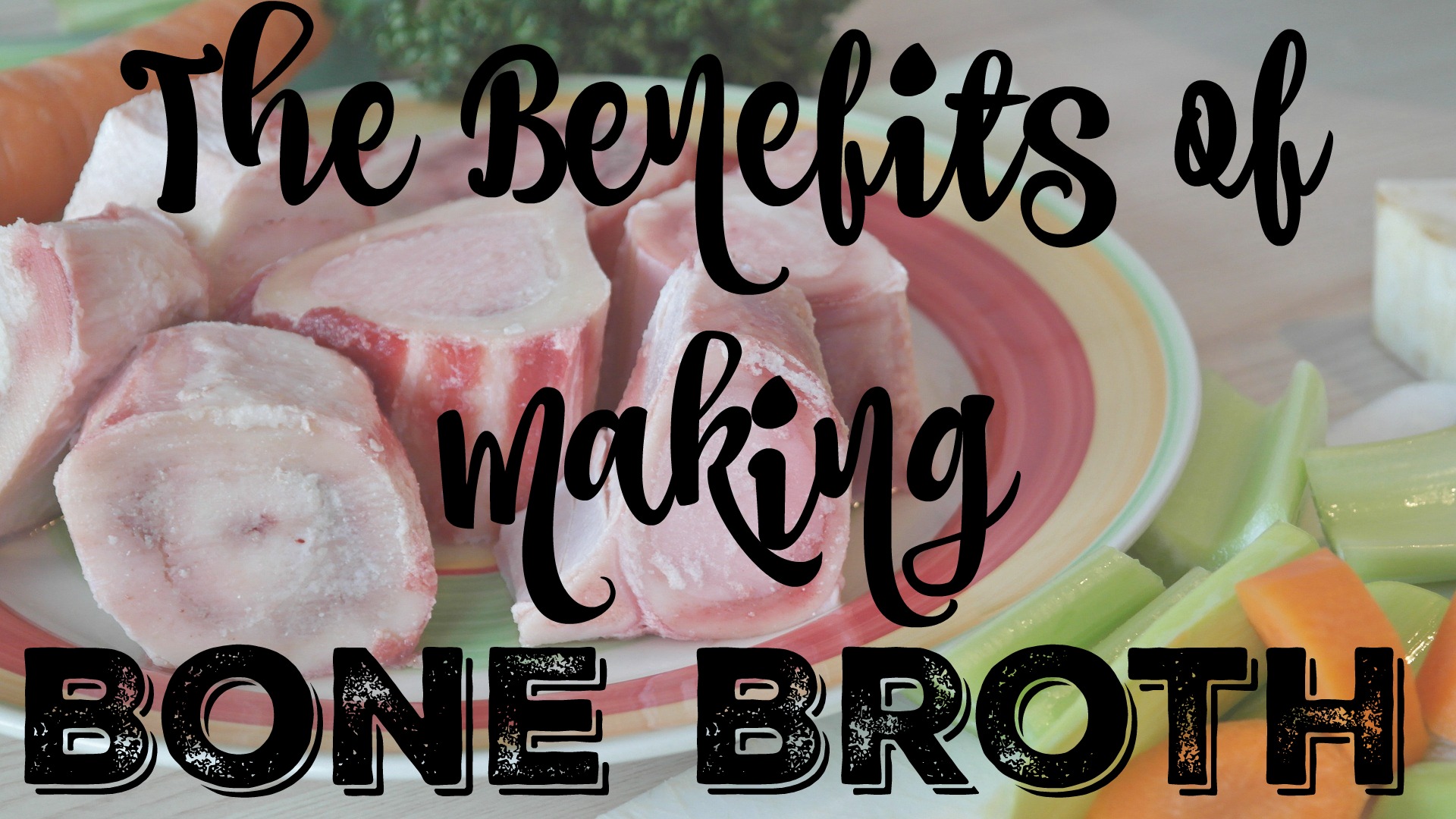 Have you heard of bone broth? Maybe you’ve heard it mentioned but aren’t quite sure what it is why it is so highly praised by many. Bone broth is simply a liquid obtained from boiling bones from chicken, turkey, pork or beef in water. The biggest difference between bone broth and regular stock is that bone broth is cooked a lot longer. The end result is a tasty liquid that’s delicious on its own, but also makes a wonderful and nutritious base for soups and stews.

So what are the benefits of making and consuming bone broth regularly?

Let’s start with the obvious homemade broth, stock or bone broth tastes really good. If you haven’t tried making any of these, do yourself a favor and get in the kitchen now. Bone broth in particular has a deep rich flavor that you just won’t get out of a cartoon of chicken stock.

Drink the broth on its own, or use it as the base for soups, stews and sauces. You can use bone broth in any recipe that calls for broth or stock. Or try simmering your rice or vegetables in the broth for added flavor and nutrition.

Bone broth is made from the bones you’d toss in the trash otherwise and water. It doesn’t get a lot more frugal than that. For no more than the cost of a little power to boil the bones, you have something that’s just as tasty as or better than high-end stock you buy at the store.

If you’re buying quality chicken, turkey or beef, you can make the most of every dollar you spend by utilizing every little bit including the bones. Then take it even further by making soups and stews with the broth. It’s a great way to make even little bits of meat and veggies go a long way.

It’s Good For You

Let’s not forget about the health benefits of bone broth. There’s a reason grandma would put on a pot of homemade chicken soup when someone got sick. Bone broth is full of minerals including magnesium and calcium. The fat content in the broth helps our bodies absorb the various minerals. It’s also full of collagen and gelatin which are good for your skin, hair and joints. Add to that the immunity boosting properties of a good cup of broth and it’s no wonder this has been praised for centuries.  When you boil bones for a long period of time, you leach all sorts of nutrients, minerals and other things that are good for you like glucosamine and collagen.

It’s also good for your immune system. Remember grandma making a big pot of chicken soup anytime someone would get sick? The same principal is at work here. Think of bone broth as a more concentrated version of Grandma’s healing soup. The broth may even help you sleep better at night. Sip a cup of the tasty liquid before bed. It’ll work better than the hot milk your mom used to bring you.

To make bone broth you take bones like those from that leftover chicken or turkey carcass sitting the fridge for example. Cover it with plenty of water and simmer for several hours. How long you cook your broth is up to you. 12 hours gives you a very decent broth, but cooking it even longer makes it even more nutritious. If you’re using the bones from a roasted chicken, consider tossing them in a large crock pot and making your broth right in there. They can safely bubble away as you go about your day.

You can drink the finished hot broth as is, season it up with your favorite herbs and spices, or use it to make a pot of soup or stew. The cooled broth can be stored in the fridge for about 4 days or in the freezer for up to a year.

There you have it. Bone broth is one of the tastiest and inexpensive health foods that you can make right in your own kitchen. Grab that chicken carcass leftover from last night’s dinner from the fridge, get out your large stock pot and get cooking.