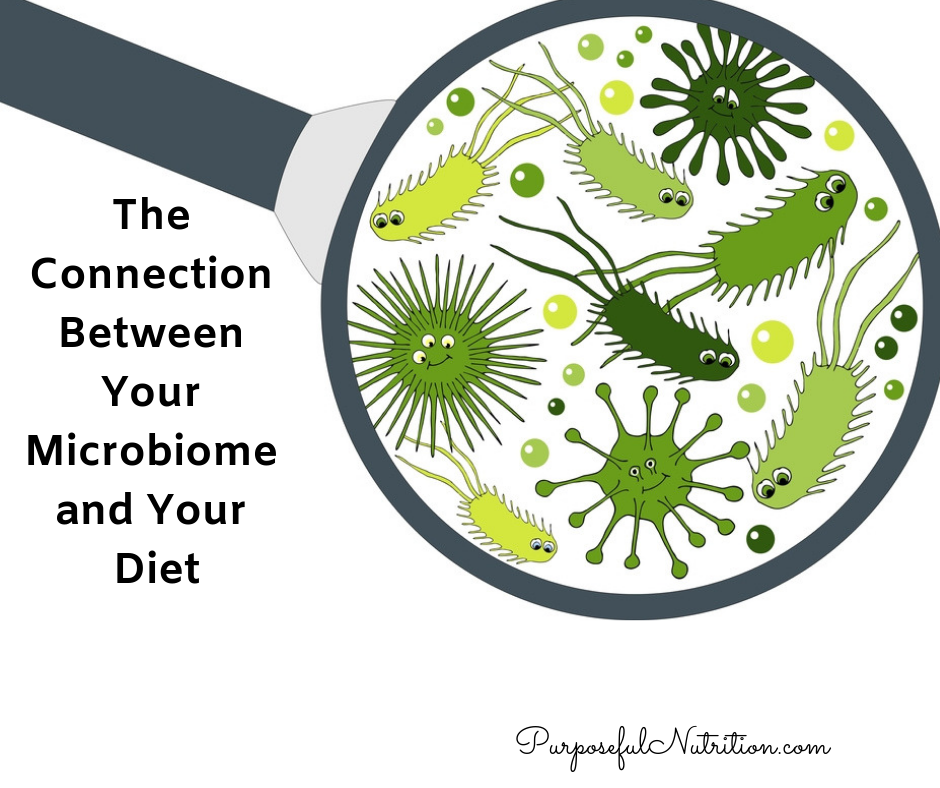 Most of us are aware that the bacteria in our gut plays an important role in digestion. When the stomach and small intestine are unable to digest certain foods we eat, gut microbes jump in to offer a helping hand, ensuring we get the nutrients we need.

In addition, gut bacteria are known to aid the production of certain vitamins like B and K and play a major role in immune function. This is leading researchers to study the impact that gut bacteria has on our health. (source)

Research suggests that the gut bacteria in healthy people are different from those with certain diseases. Every human being has a gut microbiota (community of bacteria) that is unique. People who are sick may have too little or too much of a certain type of gut bacteria, or they may lack a variety of bacteria.

Scientists have begun to draw links between the following illnesses and the bacteria in your gut:

Obesity, type 2 diabetes, and heart disease: Your gut bacteria affects the body’s metabolism. They determine how many calories you get from food and what kinds of nutrients you receive. Too much gut bacteria can make you turn fiber into fatty acids. This can cause fat deposits in your liver, leading to something called metabolic syndrome – a condition that can lead to type 2 diabetes, heart disease, and obesity.

Inflammatory bowel diseases (IBD), including Crohn’s disease and ulcerative colitis: It’s believed that people with these conditions have lower levels of certain anti-inflammatory gut bacteria. The exact connection is unclear, but researchers think that some bacteria may make your body attack your intestines and set the stage for these diseases.

Mental Health: According to the American Psychological Association (APA), gut bacteria produce an array of neurochemicals that the brain uses for the regulation of physiological and mental processes, including memory, learning, and mood. And, 95% of the body’s supply of serotonin is produced by gut bacteria. Which means that gut bacteria have been associated with a number of mental health problems that include anxiety disorders and depression.

What to do for a healthy gut

Knowing the effect that gut bacteria has on our mental and physical health, it’s good to know that there are some things you can do to have a healthy gut:

A healthy diet can encourage the presence of good gut bacteria. Consuming fermented foods – such as miso and sauerkraut – increases the level of fermenting bacteria in the gut. In addition, fruits and vegetables contain fibers and sugars that can boost the health of gut bacteria.

Probiotics are live bacteria and yeasts that are good for your health, and they feed on prebiotics, which are plant-based fibers from whole foods like apples, onions, garlic, bananas, and oats. The bad gut bacteria love to eat sugar. When you eat refined sugar, these bad gut bacteria thrive and grow out of control, outworking the good bacteria.

Then there is gluten. Gluten is a family of proteins found in grains like wheat, rye, spelt and barley, with wheat being the most common grain consumed. Researchers say the presence of certain gut bacteria may contribute to the development of celiac disease. Celiac disease is an immune disease in which a person is intolerant to gluten. Avoiding gluten or using it in homemade sourdough form can make a significant difference in your microbiome as well.

If you would like to know more about your gut health and what you can do about it, take a look at my gut health page here for more information.

And if you want to sign up for my gut health course, you can see more about it here.    It includes 6 videos that cover everything from what causes poor gut health, what is a leaky gut, how to heal a leaky gut, and how to improve digestion.