Kim S. and her son David shared their story with me recently. Kim has figured out some things with histamines which can be a very tricky thing to navigate if you are on the GAPS diet for awhile. Pay particular attention to some of what she learned going through this with her teenage son.

I chose an oak tree for this picture because once again we have a committed and hardworking mama who is fighting for the health of her child. She stood the test and has seen healing come which reminded me of the stability and strength of an oak tree. 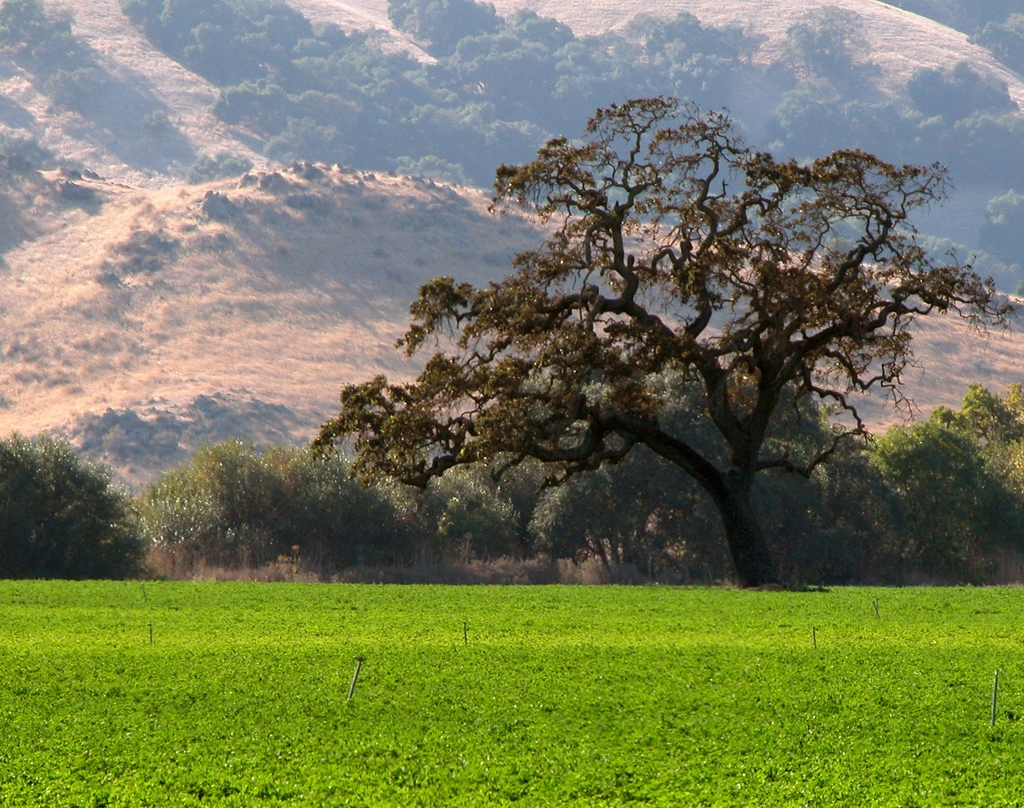 Three years ago (2010) I went on a low fat vegan diet because I was convinced that it was the healthiest way to eat. It had been the only way I could maintain a proper weight during my adult life and I had eaten that way on and off for years. My son David decided on his own to go vegan too, even forgoing his beloved goat milk and we ended up selling our goats. This was a terrible mistake and I regret it so much. I now realize that the reason this low fat vegan diet helps people is because it gets them off vegetable oils and sugar and we do need natural fats from animals to be healthy.

After about 8 months on the vegan diet David started having one cold after another and he was on antibiotics several times for secondary infections. Later on we learned that he also had mono about 3 months into this series of colds. In June of that year (2 years ago- 2011) David became extremely tired all the time and in July I took him to a doctor who said he had a sinus infection and put him on another very strong antibiotic for 3 weeks, but it didn’t help. He was very tired and slept much of the time.

In September 2011 we realized that he was reacting to bread so we put him on a gluten free diet and it seemed to help a little, but now I think that he was actually just getting over the mono. He started reacting to more and more foods and we had him tested at the end of December and found that he was developing Igg reactions to all the high protein foods (it was the eggs in the bread he was reacting to, not the gluten) he was eating on a regular basis so I started rotating his proteins. I was giving him 500 mg of niacinamide and vitamin c twice a day because it helped with the food reactions,(something we had discovered helped my husband with his asthma). I realized that he must have a candida overgrowth causing his leaky gut and food allergies, which he had never had before and I started giving him some natural products to try to help, A friend gave me a CD with a lecture by Dr. Campbell-McBride about GAPS, but I wasn’t ready for it until the following July (2012) when I finally decided to give GAPS a try.  Within about a week he was feeling somewhat better, but he was still having a great deal of fatigue.

In late September we found out that my husband has the A1298C MTHFR gene mutation so we had David tested and discovered that he has the C677T mutation (which I must also have, although I haven’t been tested). (At the same time he tested positive for high levels of candida albicans, even though he was on GAPS.) So David started on 5 mg a day of methylfolate and he was soon feeling quite a bit less tired. He was feeling better and better and I stopped making sauerkraut but he was still eating full GAPS.

In late December 2012 I decided it was time to try adding in potatoes and my homemade sour dough bread and he seemed to be doing fine for a few weeks. Then I noticed that he was gradually getting worse. I decided to put him back on GAPS and within 24 hours he went into a deep depression.  After a few days, I realized that the gut dysbiosis was giving him depression. Around this time I discovered that very large doses of vitamin C (nearly to bowel tolerance which is when you get diarrhea from the vitamin C) helps relieve the depression. When I started him on the sauerkraut again he became worse within 3 hours and during this phase he would often go from feeling not too bad, to feeling depressed, to feeling not too bad again a couple of times a day as I kept trying to give him enough vitamin C to ward off his symptoms. When his symptoms were very bad he was almost catatonic, lying in bed staring at the ceiling, and I would give him about 20 grams of C and in half an hour he would get up and do something. But the C only brought him up a certain amount so if he was bad it brought him up to middling, if he was middling, it brought him up to feeling comparatively good. Finally he was able to gradually work up to about 1 cup of kraut a day, and he was feeling a lot better, but still not really completely well.

I tried again to introduce potatoes and bread in May with the same results as before so we started GAPS again with a determination not to go off for a year after symptoms are resolved as Dr. Campbell-McBride says to do. (But he did try going off a little again, as you will see). This time we went through the steps again with the yogurt and working up the amount of kraut and after about 6 weeks I started him on BioKult (a probiotic) again with a lot of die off and we worked up to 8 capsules and I was waiting and waiting for him to get over the die off but he never seemed to get beyond a certain point. He was a lot better, but still feeling somewhat depressed, and I still had to give him lots of vitamin c. Then one day my schedule was incredibly hectic and I never gave him any sauerkraut. The next day he was feeling great!

I finally took a look at the thread that was going in the Yahoo GAPS group about GAPS and histamine and came to the realization after some research that his depression is actually caused by high histamine levels, which explains why the vitamin C was helping so much, because it breaks down histamine or increases the effectiveness of the DAO enzyme that breaks down histamine. In my research I discovered that candida causes the mast cells to release more histamine, raising the histamine levels in the body. The reason that David still wasn’t feeling well was that he was eating the sauerkraut, which is very high in histamine. He tried eating just a small amount of kraut, but that still gave him symptoms so now he is off vegetable ferments, which is what Dr. Campbell-McBride recommends in her online FAQ for people with sensitivity to histamine. Later he should heal enough to begin the vegetable ferments again.

We had read that raw milk has the enzymes needed for digestion in it so we decided to give the raw goats milk a try recently (we have goats again),but his symptoms were worse again so we know David has to stick strictly to GAPS until the dysbiosis is under control. Recently, I decided to see if quercetin would help, since it had been mentioned by another poster in the GAPS group and David was back to normal when I would have expected it to take another day to get over the milk drinking setback due to past experience. Quercetin suppresses the release of histamine from the cells, so it may be working as an antidote to the toxin that the candida uses to cause the release of histamine from the mast cells.

It’s interesting that depression is almost the only symptom that David gets from the histamine. He told me  that he felt somewhat uneasy in addition to the depression, but he has not had trouble sleeping or any of the other symptoms that are commonly reported as being associated with high histamine. I haven’t seen any websites that say that histamine can cause plain depression, just depression with hyperactivity or anxiety or difficulty sleeping, etc., so I think there may be a lot of people out there suffering from depression from histamine that won’t make the connection,

Some  weeks have passed since I wrote the above and during this time I have discovered that the body can get rid of histamine if you support the two pathways to do that: The DAO and HNMT pathways.

The histamine N-methyltransferase pathway uses SAMe to donate a methyl group to get rid of histamine, which is why adding the methyl folate was so helpful as it helped him make more SAMe. If you histamine levels are fluctuating between day and night time amounts, the SAMe levels out to something in between the two. This means the more your histamine production fluctuates, the more excess histamine you will have during the day. Supporting the methylation cycle (as we did) won’t change anything about it. But supporting the DAO pathway will help greatly. DAO coenzymes are copper, B6 and vitamin C. But it is also important to support the next step of the pathway, which is aldehyde dehydrogenase, the product of DAO, which is an aldehyde. It will build up in the body and cause a feedback loop stopping the production of DAO. So you must have enough of the cofactors for aldehyde dehydrogenase alsom which are niacin and magnesium. You can supplement niacinamide instead of niacin unless you need more than 3 or 4 grams a day. Niacin will give you a flush but at the higher doses after a while the flush goes away and you no longer have it.

So in order to get rid of excess histamine in the body you have to have enough B6, niacin, vitamin C, magnesium, B12, folate, and copper (although most people don’t have to supplement extra copper).

Now that David is feeling well for the first time in over 2 years I hope he will be able to get on with his life and his love of music. As a classical piano student this illness has really set him back and the past 8 months with all the depression he has had to take a sabbatical from piano lessons and he even lost most of his interest not only in piano but in pretty much everything else, too. But now the sparkle is back in his life and he is making plans again! Praise God for that!

(Update comment from Kim in the comments section clarifying a bit more of the information above and with an update on his health since this was published,)